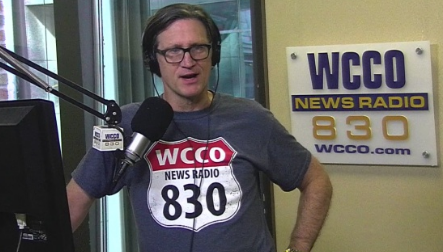 WCCO 830 AM afternoon-drive host John Williams delivered his last Minnesota show this past Friday and has moved back to Chicago where he already broadcasts from the WGN studio, reports The Star-Tribune.

Williams, 57, had done double duty for Chicago and Minneapolis markets from 2010 to 2012 and had continued to do a Saturday morning show at WGN even after moving to Minnesota. For the past few months, he has been working from 1-3 p.m.weekdays on the Chicago airwaves, followed immediately by a three-hour shift for WCCO.

Williams, who has family in Chicago, was able to do both jobs by either broadcasting from the basement in his home or borrowing space from one of the two studios.

Williams, who previously worked at WCCO in the mid-90s, said he'll miss the staff, particularly producer Susan Blanch. What he won't miss is the tentative nature of Minnesota audiences to speak their minds.

"Chicago audiences are much more forward. They tell you what you think," said Williams, one of the few WCCO personalities who relied heavily on call ins. "Minnesotans are more inclined to text or tell you what they feel at a cocktail party. 'Dude, it's a talk show. Call in!' It always felt like an uphill battle."

WCCO has yet to announce a permanent replacement. The 3-6 p.m. slot will be filled in the short term by familiar WCCO names Jordana Green and Mike Max. WCCO operations manager Lindsey Peterson said the station is "very close" to signing someone, but was not ready to make an announcement.
Posted 3:33:00 AM