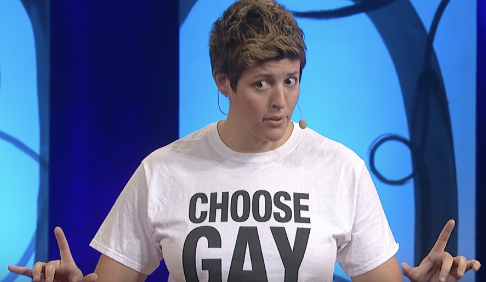 President Trump demanded an end to political correctness in counterterrorism following the London terror attacks that left seven people dead and dozens more wounded. Kohn took offense at the president’s tweets and fired back, saying that political correctness are, according to her, the solutions to terrorism.


Political correctness is simple idea everyone should be treated with equal dignity & respect. It's not cause of terrorism. It's antidote.
— Sally Kohn (@sallykohn) June 4, 2017


Kohn wrote in a series of tweets. “When we make political correctness the scapegoat, we undermine values of tolerance and equality that are ALWAYS our best weapon against hate.”

“Of course we can’t snap our fingers make all current terrorists just become more tolerant and respectful,” she conceded. “But long term, do we help future would-be terrorists turn toward respect, tolerance, away [from] hate? Or do we become more hateful ourselves? Our values of pluralism and inclusion and equality are under attack. The answer to terrorism CANNOT be to throw away our values.”