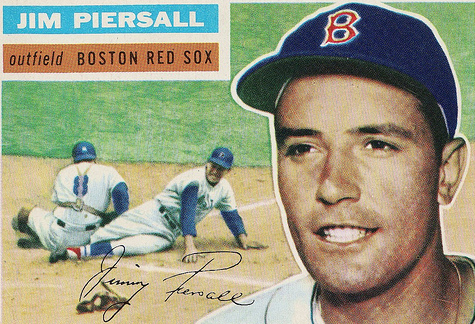 Former MLBer Jimmy Piersall died Saturday at the age of 87, leaving behind a legion of fans and friends who knew him as a player, a movie character, a TV broadcaster, a coach and a radio personality, according to the Daily Herald.

In Chicago, he will be remembered most from the "Harry and Jimmy Show," also known as White Sox broadcasts, when Harry Caray and Piersall were never shy about criticizing players, managers, coaches and ownership, which led to numerous problems for both men.

Harry would often say, "You're crazy Jimmy," to which Piersall would respond, "And I have the papers to prove it."

It was a nod to Piersall's well-publicized battle with mental illness as a young man.

Caray had already departed for the Cubs when Piersall was fired by the Sox in 1983 for being too critical of the team, but Piersall always believed Tony La Russa was behind it after several confrontations with the White Sox manager.

He found work as a roving outfield instructor with the Cubs in the mid-80s, but later joined WSCR 670 AM as a contributor several days a week. That led to more trouble and the Cubs fired him in the fall of 1999 after 14 years with the organization.

A great teacher, Piersall also won two Gold Gloves as a player, made two all-star teams, finished ninth in MVP voting once and played for five teams, beginning with the Red Sox.

Piersall was called "the best defensive center fielder in history" by Willie Mays, and Joe DiMaggio said Piersall was "the best baserunner in the league."

He's in the Red Sox Hall of Fame and visited the White House twice, including as a guest of the 2004 World Series winning Red Sox, something Piersall called a "thrill" for a Connecticut native.
Posted 2:00:00 AM