Bill O’Reilly: ‘I Should Have Fought Back’ 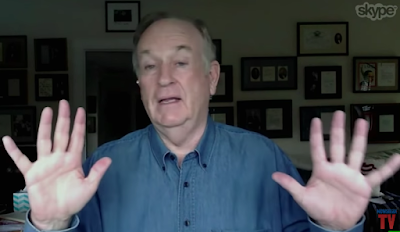 Bill O’Reilly made a appearance on conservative media outlet Newsmax TV yesterday via Skype, and provided host John Bachman with his takeaways from Comey’s testimony, his new book, and matters pertaining to his departure from Fox News.

TVNewser reports O’Reilly said he should have dealt with his exit from the network differently and fought back against groups pushing advertisers to pull out of his program.

He complimented former FNC colleague Sean Hannity on how he has handled controversies swirling around him and his program.

“In hindsight, Sean did it the right way. I should’ve done it that way, but I didn’t,” O’Reilly said.

The former Fox Newser is blaming “leftist forces” for his departure from Fox News, saying: “This was no accident our sponsors were attacked. This is very well organized. They tried to with Hannity. Hannity actually fought back. I didn’t. I should have. For reasons that I cannot explain now, I did not.”


Myriad groups have been trying to persuade brands to pull their spots from Hannity’s program in recent weeks after he continued to push an unverified conspiracy theory that former DNC staffer Seth Rich leaked DNC emails to WikiLeaks, and that his murder was ordered by the Clintons as a result of that action.

“Hannity knows they’re looking to get him,” O’Reilly continued. “He said it. But I admire Sean, and I admire how he handled situation, because he brought it directly to the folks and the sponsors stopped. He lost a few, but they stopped. So, he was successful in fighting off the attack. But there will be more.”