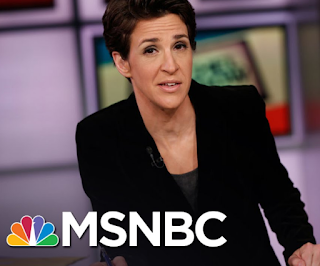 After nearly two weeks off the air, MSNBC's Rachel Maddow blew away her competitors in the ratings Tuesday night, scoring No. 1 in total viewers and in the highly coveted 25-54 demographic.

According to The Hill, Maddow's sky-high ratings continue her nightly show's spot as the highest-rated cable news program on television. That distinction was long held by former Fox News host Bill O'Reilly, who was ousted from the network in April.

Maddow's impressive ratings on Tuesday also appeared to have a ripple effect for MSNBC, putting the network's Lawrence O'Donnell, whose show follows Maddow's, in second place in the 25-54 demographic with 621,000 viewers.

Fox News' Sean Hannity, whose show airs at the 10 p.m. hour, came in third in the demographic, while the network's Tucker Carlson came in at No. 2 in total viewers.

Maddow had been off the air since May 25, while MSNBC chief legal correspondent Ari Melber and "AM Joy" weekend host Joy Reid filled in. In a June 2 tweet, Maddow said she was “doped to the gills and still flat-on-my-back sick.”
Posted 4:28:00 AM