The 28-year-old Temple grad has gone viral after a video shared by New York City comic Will Sylvince shows Campbell unleashing a profane tirade against a stoic Philadelphia police officer outside the Helium Comedy Club on Sunday night.

Campbell’s bad behavior began inside the club after she interrupted a show featuring Craig Robinson, who played Daryl in The Office, with her “loud whispering.” Sylvince says she was asked to leave the club after multiple warnings, and on the way out claims Campbell allegedly assaulted employees in the bar area.

After Campbell spent two minutes throwing out relentless profanity and insults, the patient officer finally handcuffs and arrests her after she appears to spit on a manager and attempts to shove her shoe in his face.

“That’s why everyone hates you guys!” the handcuffed reporter yells in the officer’s face. “That’s why society hates you!” 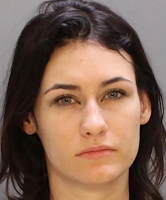 She continues to insult the officer before letting him know that she worked at PHL17, which described her as a news production employee.

In an interview with Philadelphia Magazine’s Victor Fiorillo, Campbell says she might have been drugged prior to her outburst at the club.

“Everything was foggy,” Campbell said. “I do remember coming in to Helium. I do remember getting into an altercation there, but I don’t remember what it was about.”

Campbell told Fiorillo she deleted her social-media accounts due to threats she’s received, and wanted to convey an apology to the officer who was on the receiving end of her tirade, which she says she didn’t know was being recorded.


PHL17 said she was fired as soon as management became aware of the incident.

“Colleen Campbell is no longer employed by PHL17,” a spokeswoman said in a statement to Philly.com. PHL17 also removed her bio and all her content from the station’s website following the incident.
Posted 3:39:00 AM