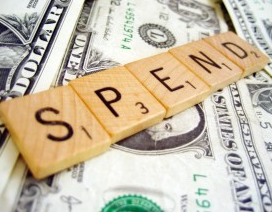 Ad-spending growth is poised for a significant slowdown in 2017, due to economic and political uncertainty, according to the latest forecast from Magna Global, the ad-buying agency owned by Interpublic Group of Cos.

The Wall Street Journal reports the global ad business will see a slowdown to 3.6% spending growth next year, down from the 5.7% growth clip projected for 2016, when spending is expected to total $493 billion, Magna said. The 2017 forecast is an improvement over a June estimate that 2017 spending would grow 3.1%.

U.S. ad sales will face a slowdown to 1.7% growth in 2017, compared to 6.9% growth in 2016, according to the latest forecast, including the impact of political and Olympic spending.

Magna is among a handful of agencies releasing their spending forecasts at the UBS media conference on Monday.

Weighing on ad spending are several factors, including fewer advertising opportunities at big events like the election and Olympics, as well as uncertainty around the impact of Donald Trump’s presidential election victory and the U.K.’s decision to exit the European Union.

Strong digital ad spending growth, especially in social and search, is one bright spot and explains why Magna upgraded its global forecast from June.

According to Magna, digital spending is on track to surpass linear TV spending in 2017, thanks largely to a surge in mobile ad-spending. By 2021, mobile advertising will have increased to $215 billion, or 72% of total digital budgets, said Magna.