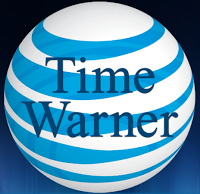 AT&T Inc. Chairman Randall Stephenson plans to tell senators Wednesday his company’s deal with Time Warner Inc. will “disrupt” the long-established cable TV model in ways that will benefit consumers, according to his prepared testimony.

“It would be a gross mistake to view this transaction as anything but pro-competitive,” Mr. Stephenson says in his prepared remarks, adding that the deal will create more competition for consumers while accelerating the next generation of advanced wireless broadband.

According to The Wall Street Journal, AT&T and Time Warner executives are preparing to defend their proposed $85 billion merger Wednesday at a hearing of the Senate antitrust subcommittee even as they face a rapidly shifting political landscape buffeted by a wave of angry populism.

Under the proposed deal, AT&T hopes to use Time Warner’s broad array of content, such as HBO, to anchor innovative new video services such as its online DirecTV Now.