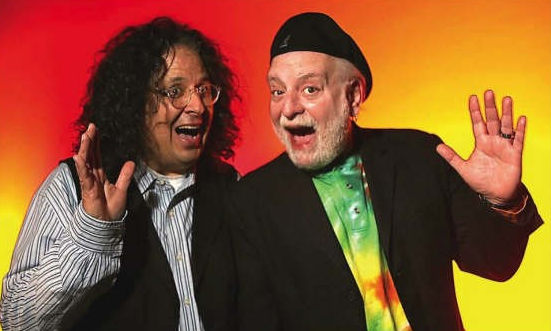 Flo & Eddie of The Turtles may have settled their royalties row with SiriusXM — but their fight with Pandora wages on and is currently being reviewed by the 9th Circuit Court of Appeals, according to The Hollywood Reporter.

Howard Kaylan and Mark Volman, also known as Flo & Eddie, sued Pandora in 2014, claiming the site's operation infringes on their rights in sound recordings like "Happy Together" by essentially paying for only one CD and broadcasting it to scores of its users for a profit.

In February 2015, U.S. District Judge Philip Gutierrez denied Pandora's motion to dismiss the suit under California's anti-SLAPP statute. Gutierrez found that "[a]lthough the conduct underlying the claims in this case constitutes 'protected activity' under the anti-SLAPP statute, Flo & Eddie has demonstrated that its claims are meritorious enough to withstand the anti-SLAPP motion."

Pandora appealed. A two-judge panel of Circuit Judge Richard Paez and D.C. District Judge Paul Friedman heard arguments Thursday. The third circuit judge, Stephen Reinhardt, was unable to make it and will watch a video recording of the arguments later.

Sound recordings fixed prior to 1972 aren't protected by federal copyright law, and Pandora's attorney Gergory Garre argues that The Turtles' lost state law protection for their hits in the 1960s when they "published" them by selling them to the public.

Flo & Eddie attorney Henry Gradstein argues the second part of the statute was never intended to apply to sound recordings and, even if it was, selling records or playing them on the radio don't constitute "publishing."

Another point emphasized by Pandora is that rights holders of sound recordings have never been paid royalties by terrestrial radio stations; only the owners to rights in the underlying musical compositions are paid.
Posted 4:15:00 AM