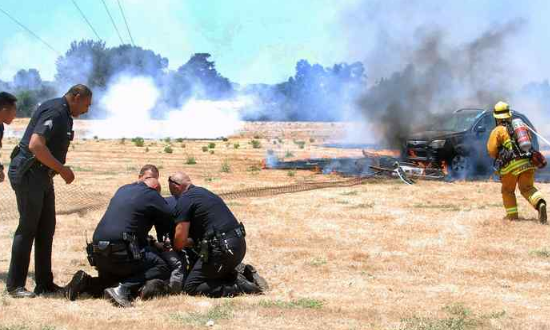 Los Angeles police arrested a man Thursday on suspicion of driving under the influence after he crashed his SUV through the fence at KSPN 710 AM's transmitter site, starting a small brush fire, according to The L-A Daily News. 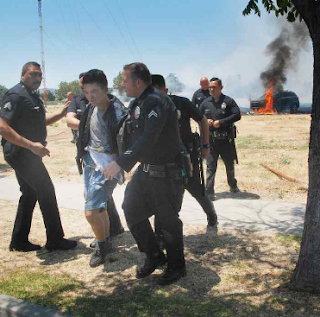 The location is a large piece of land that houses the transmitter building and three vertical broadcast antennas for ESPN Radio’s LA station, which broadcasts on 710 AM.

Lopez said the man’s vehicle crashed into a fence, and he might be under the influence of some type of substance but was in custody after the incident.

An initial report, Lopez added, claimed the man also might have intentionally tried to start the fire, but the actual method used to start the blaze was unclear at this time.

After the Los Angeles Fire Department was called to the location, they found one vehicle, with the LAPD nearby, after a police pursuit, said Brian Humphrey of the fire department.

A vehicle fire started afterward and burned one acre of dry but trim grass. Firefighters contained the blaze soon after.

Before it became ESPN, the station went by a number of other call letters, principally KMPC from the 1930s through the 1990s.
Posted 3:29:00 AM