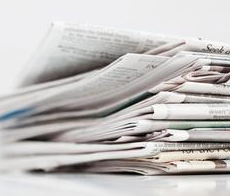 A series of changes in the way newspapers report readership has made it impossible to authoritatively compare ongoing changes in circulation, according to Alan d. Mutter at the newsosaur.com blog.

As has been customary for years, the for Audited Media, which formerly was known as the Audit Bureau of Circulation, Thursday announced the publication of the second of its semi-annual circulation reports. But this time, according to Mutter, the organization gave no clue as to whether circulation had gone up, down or sideways in the six-month reporting period.

Because publishers no longer are “required to report the same information, it is not possible to come up with a macro [circulation] number,” said Neal Lulofs, the executive vice president of AAM in a telephone interview.

Owing to a series of changes adopted by the industry-funded organization over the years, publishers no longer have to provide a five-day average of daily circulation. They also have the liberty of counting a woman who reads the paper in print, on her office computer, on her personal laptop, on her tablet and on her smartphone as five separate subscribers.

Some newspapers take advantage of these options and others do not, eliminating seemingly forever the possibility of comparing apples-to-apples data across the industry – or even from year to year for the same publication, if it changes its reporting standards over time.

Notwithstanding the limitations imposed by the inconsistent data, a few hardy analysts have been trying to gauge the public appetite for print newspapers as it has declined over the years.