All four members of Hawaii’s congressional delegation urged the U.S. military Thursday to take responsibility for alerting the public about any future ballistic missile attacks, taking that role away from the state, which botched the job in January.

According to The  Honolulu Star-Advertiser, the delegation made that recommendation Thursday at a hearing held in Honolulu. The hearing, called by U.S. Sen. Brian Schatz, sought to examine the causes of a Jan. 13 false ballistic missile alert, which cast doubt on whether the state Hawaii Emergency Management Agency should handle future notifications. 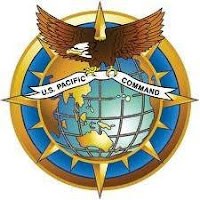 “We want the origination of a notification of a missile alert to start with people who know,” Schatz said.

The false alert occurred when a state warning officer, who worked for HI-EMA, responded to a drill as if it were an actual event. The U.S. Pacific Command (PACOM), which has responsibility for notifying the state about a real missile threat, quickly verified that the Jan. 13 threat was false, but it took HI-EMA an agonizing 38 minutes to issue an all-clear.

Schatz unveiled a new bill Thursday called the Reliable Emergency Alert Distribution Improvement (READI) Act of 2018, which is designed to streamline the delivery of emergency warnings.

Schatz said the legislation would examine expanding the emergency alert system to distribute warnings to audio and video streaming services delivered over the internet, he said.

Federal Communications Commissioner Jessica Rosenworcel testified that the FCC recognizes that “ballistic missile attacks are a completely different category in the panic that ensues and also in the damage that can occur.”

“We might need to treat those differently, so for all of you who have introduced legislation or supported legislation to do so, I think that’s a really good idea,” Rosenworcel said.
Posted 5:00:00 AM