Amazon Music: Subs Doubled In the Past Six Months

Amazon Music tells Billboard it has "tens of millions" of paid customers, with Amazon Music Unlimited subscriptions having more than doubled in the past six months, according to data provided by the company.

Amazon, the third-largest streaming service behind Spotify and Apple Music, did not clarify the exact number of paid customers it has.

But in an interview with Billboard, Amazon Music vp Steve Boom says that growth is down to two main factors: the large -- and expanding -- number of people who subscribe to Amazon Prime, and the growth and popularity of smart- and voice-activated speakers, with Amazon's Echo leading the way. 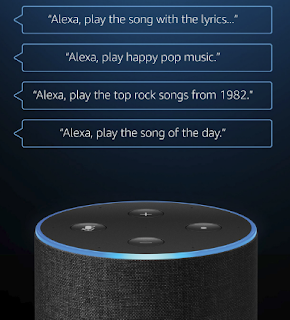 "There's been a lot written about streaming and about smart speakers, but [articles] still talk about it as if this is some future state," Boom says about the opportunities with smart speakers. "We know better than that -- it's actually happening right now. We wouldn't have grown to this scale if it hadn't been happening already."

Specifically, Boom says that the growth in the adoption of smart speakers has opened up the home and unlocked a new, untapped demographic of streamers, which is where Amazon has seen most of its new paid subscribers come from. That includes both older listeners who are traditionally slower to adopt new technologies, and country-music listeners, another genre that has been slower to make the switch to streaming. According to the company, streams of country songs on Amazon Music are 2.5 times more than the industry average.

"Our goal has been to expand the premium streaming market segment, not to run in a horse race with the other players each going after the same demographic," Boom says. "The technology itself is so simple that we don't just rely on those people who I would say are early tech adopters, which has been where a lot of growth in music streaming has been because it's been wrapped up inside of a smartphone. Not everybody wants to listen to music on a smartphone, it turns out."
Posted 3:08:00 AM