Hartel is a 25-year veteran in the broadcast industry and most recently was the Regional Vice President of Alpha Media’s Mid-Atlantic Division including Columbia, SC, Fredericksburg, VA, Hagerstown-Chambersburg, PA, and Bluefield, WV in addition to serving as the Market Manager of Columbia, SC. Prior to joining Alpha Media, Mike spent twelve years as a VP/General Manager with the Curtis Media Group in Raleigh, NC and was instrumental in the rapid growth of the group during that time frame, as well as launching Curtis Media’s Digital Division. 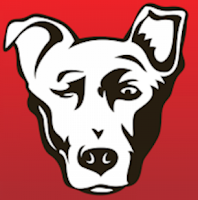 Mike also spent six years as a General Sales Manager with Clear Channel Radio in Raleigh and started his career as an Account Executive with Katz Media in New York City.

Alpha Media CEO/President, Bob Proffitt commented on the announcement, “Mike has demonstrated leadership skills surpassing our expectations from day one of joining the company, and he has the unique ability to inspire and mentor those around him. I’m delighted to promote him into this role working side by side with our other regional EVP’s; Bill McElveen, Larry Bastida and George Pelletier.”

“I’m thrilled with Mike’s promotion to Executive Vice President of the Mid-Atlantic Region! Since joining Alpha four years ago, Mike has played an increasingly important role on our senior management team. His passion, enthusiasm and knowledge of our industry are remarkable and I’m excited that Mike’s outstanding leadership abilities are being recognized in this promotion,” added Bill McElveen, Executive Vice President of the Eastern Region.
Posted 6:16:00 AM