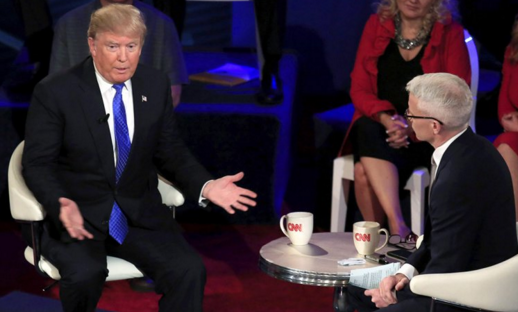 Between 8 and 11 p.m., CNN averaged 3.263 million viewers and 1.06 million adults 25-54. That easily put it at No. 1 by both measures, and more than doubled the closest demo competition from Fox News Channel — where typical primetime winner Bill O'Reilly was off for the night.

With the GOP debates now over, interest in the town hall was clearly boosted. It marked the most-watched of the current cycle. The fact that Donald Trump's campaign manager, Corey Lewandowski, was issued a notice to appear and a court date over an assault charge earlier in the day probably didn't hurt.