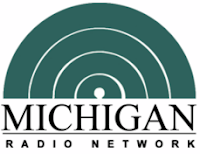 The Michigan Radio Network (MRN), which provides daily state Capitol coverage to over 60 radio stations in Michigan, is closing its doors after 36-year run at the end of March.

The parent company out of Missouri, Learfield Communications, is closing the operations because it’s no longer making enough money to keep the bureau alive. MRN personnel affected by the closing include veteran state capitol correspondent Rob Baykian who started with the network in 1981. Correspondent Dale George, Bureau Chief Ryan Hermes, and morning sports reporter Chris Lepley will be released from their duties.

With the MRN shutdown, Michigan News Network (MNN) has stepped up its affiliation efforts throughout the state.  MNN offers both 1 and 2-minute hourly news updates Monday-through-Friday from 6 a.m. to 7 p.m,  In addition, the network offers a 1-minute Michigan sports update three times daily each weekday.  All content is produced by CBS Radio’s WWJ 950 AM in Detroit.