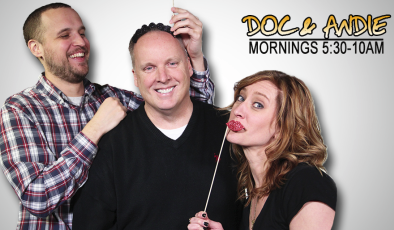 WXTU 92.5 FM has announced that morning host Doc Medek is exiting the station.  His last day is Thursday.

Here is our other BIG announcement!
Posted by 92.5 XTU - Philadelphia's Country Station on Monday, March 28, 2016

Medek is returning to the Scranton/Wilkes-Barre market for a new opportunity, yet to be announced. His wife stayed there when Medek joined the CBS Radio Country station in 2010.

Lario has spent much of his career in Philadelphia working at Rock WMMR 93.3 FM and on WYSP 94.1 FM before becoming Sports WIP-FM.