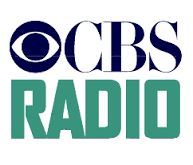 Just over two weeks after CEO Leslie Moonves’ bombshell announcement that CBS Corp. is evaluating options for its radio group, the company says splitting CBS Radio off through an initial public offering is the principal path being considered. CBS Radio president Andre Fernandez made the disclosure in a memo to employees Wednesday.

“First, the primary course of action CBS Corporation is pursuing is to split CBS Radio off via an IPO,” Fernandez said in the memo, obtained by Inside Radio. Among the benefits cited for being its own publicly traded company would be the opportunity to define its own operating strategy.

“As a standalone company, we would most likely have a significantly greater focus on investing in ourselves and the future of the business,” Fernandez said.

Should it separate from the mothership and become its own enterprise, it would do so with what he called “a decided advantage in the industry” due to the strength its local radio stations and solid financial footing. “Both factors would play a pivotal role in how we are able to grow value for shareholders and our employees in the short- and long-term,” Fernandez said. “While life as an independent company might be different, we would still be a collection of the most iconic brands in all of media.”

Analysts have also cited splitting CBS Radio off into a separate company as a convenient way to keep all of the revenue, cost and bargaining synergies intact without incurring major tax liabilities.

But CBS isn’t ruling out a sale. “Of course, there are also other paths being explored for CBS Radio, including the possibility of becoming part of another company,” Fernandez admitted. That possibility, coupled with general uncertainty, is likely causing a fair amount of employee angst and Fernandez included a rally-the-troops message in his memo.
Posted 2:58:00 PM