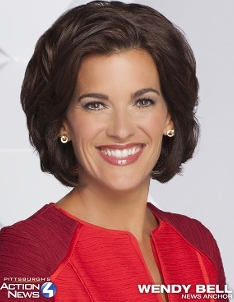 WTAE-TV Pittsburgh parted ways with anchor Wendy Bell, a week after the station apologized for a Facebook post it said was offensive.

"WTAE has ended its relationship with anchor Wendy Bell," Hearst Television said in a statement Wednesday afternoon. "Wendy's recent comments on a WTAE Facebook page were inconsistent with the company's ethics and journalistic standards." A spokesman for Hearst Television declined further comment.

Bell had gotten into hot water over a now-deleted Facebook post on the murder of six people in Wilkinsburg and her encounter with an employee at a South Side restaurant. She was criticized in a highly-viewed blog post as being "tone deaf" and racially insensitive. The Pittsburgh Black Media Federation condemned the post and urged WTAE officials to meet with them about the issue.
"The irresponsible statements demonstrate a persistent problem with how African-Americans are negatively stereotyped by too many journalists and news organizations," the federation said in a statement.
Posted 3:28:00 AM