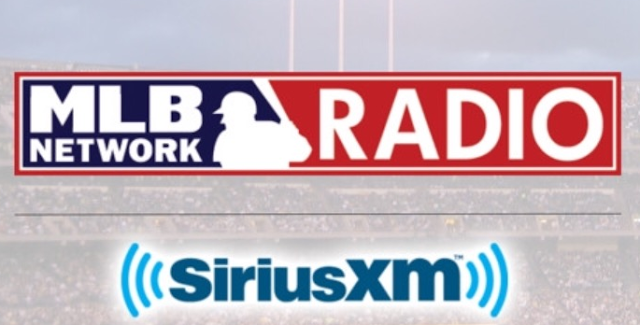 SiriusXM will again provide the most comprehensive national Major League Baseball coverage available on radio for the 2016 MLB season.  SiriusXM subscribers will have access to every regular season and postseason game on their satellite radios and via the SiriusXM app, as well as 24/7 news, talk and analysis on the exclusive MLB Network Radio channel.

MLB games are available on Sirius radios with either a Premier or All Access package, and on all XM radios.  Through SiriusXM's agreement with MLBAM, MLB play-by-play is also available to all subscribers on the SiriusXM app and online at SiriusXM.com.  The SiriusXM app offers a suite of 30 play-by-play channels dedicated to streaming the official radio broadcasts of every MLB team, giving fans access to both the home and visiting team broadcasts for every game.

On Opening Day, April 4, MLB Network Radio will broadcast live from Camden Yards before the Baltimore Orioles host the Minnesota Twins.  Former Orioles executive Jim Duquette and Jeff Joyce will host live from the ballpark starting at 12:00 pm ET.  Then on Thursday, April 7, Duquette and Casey Stern will broadcast from Nationals Park in Washington, DC, starting at 1:00 pm ET before the Nats open up their home schedule against the Miami Marlins.

Additionally, SiriusXM's Radio Classics (channel 148) will welcome the start of the season with a number of baseball themed classic radio shows and segments airing throughout the week from Opening Day, April 3, through Saturday, April 9.  Highlights include Abbott & Costello's famous comedy routine "Who's On First?"; a Lux Radio Theater adaptation of "Pride of The Yankees," the biographical motion picture on Yankees great Lou Gehrig; "The Ballad Of Satchel Paige," a half hour production presented by Destination Freedom; and memorable appearances by Hall of Famers on comedy and variety shows, such as Jackie Robinson and Babe Ruth with Bob Hope, Bob Feller with Jack Benny, Hank Greenberg with Bing Crosby, and more.
Posted 3:11:00 AM