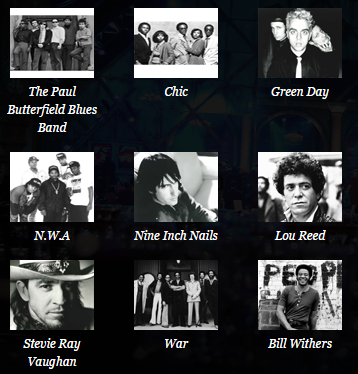 The nominees for induction into the Rock and Roll Hall of Fame in 2015 are: 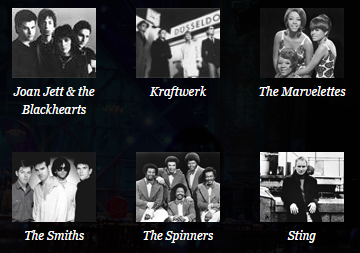 “We are pleased to present this group of nominees, as they represent the myriad places where rock and roll converges with blues, electronic, dance, Motown, R&B, funk and other genres,” said Joel Peresman, President and CEO of the Rock and Roll Hall of Fame Foundation. “Rock and roll incorporates the styles of so many different kinds of music and that’s what makes this group of nominees – and this art form – so powerful and unique.”

To be eligible for nomination, an individual artist or band must have released its first single or album at least 25 years prior to the year of nomination. The 2015 nominees had to release their first recording no later than 1989.

Ballots will be sent to an international voting body of more than 700 artists, historians and members of the music industry.

The Rock and Roll Hall of Fame will again offer fans the opportunity to officially participate in the induction selection process. Beginning today and continuing through December 9, 2014.

The top five artists, as selected by the public, will comprise a “fans’ ballot” that will be tallied along with the other ballots to choose the 2015 inductees.