The Copyright Royalty Board (CRB) should start anew in setting license fees for radio stations' streaming services that more accurately reflect rates that would be agreed upon by a willing buyer and willing seller in a competitive market, NAB said in a filing submitted with the CRB Tuesday.

Previous license rates were based on flawed evidence and analysis of a non-competitive market and should not be factored into the new rates set by the CRB, NAB said.

In its filing, NAB said that existing streaming rates stem from the rates originally set by the CRB during a proceeding that concluded in 2007, which wrongly used the licenses granted by major record labels to interactive on-demand streaming services to set the licensing rates for non-subscription, advertiser-supported services such as radio stations' online streaming. Of the seven streaming services the CRB used in setting licensing fees rates for radio, only one service has not failed. This is evidence that the existing rate structure is too high to allow broadcasters to achieve a return on streaming, said NAB.


"[Most broadcasters] cannot make money on streaming, despite having made significant efforts to do so," NAB said in its filing. "Some have reached a business decision to limit their streaming or not to stream at all, despite the potential to expand their listening audience. For all of these reasons, a significant rate reset is necessary so that streaming can be a viable business that will allow broadcasters to provide streaming services to the audiences that rely on them and benefit from them." 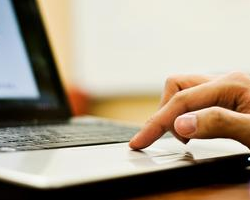 The NAB contends the CRB should also factor in broadcasters' services to their listeners as well as record labels and artists when setting streaming rates. Broadcasters differentiate themselves from other streaming services by offering locally focused programming to attract listeners. This programming requires the devotion of resources towards elements such as the development of radio hosts with whom listeners can connect, production of non-music programming such as news and emergency information, and support for community services. Radio stations provide enormous promotional leverage for record labels and artists that supports album sales, concert attendance, and other revenue streams.


"[L]abels and artists devote immense resources to securing spins on radio," said NAB. "In addition, labels seek to harness the influence and relationships that radio stations and on-air personalities have built with their listeners and local communities in order to promote sound recordings."

The CRB should also adopt streaming rates that take into account a radio station's size and market. Radio stations in small markets or small in size often operate on much slimmer profit margins and therefore do not have the resources to devote to streaming. CRB's license fees rates should be set at level for these stations so that they are not precluded from offering streaming services to audiences that rely on them and benefit from them.


"[A]dvertisers do not value and are not willing to pay for audiences that have fewer than 100 to 200 average concurrent listeners," said NAB. "These smaller broadcasters, thus, face economic conditions comparable to those that led the Judges to adopt a flat $500 fee for non-commercial radio stations in the remand decision of the third Webcasting proceeding"