The Federal Communications Commission today proposed a $233,000 fine against four Cumulus Media subsidiaries for apparent violations of the FCC’s sponsorship identification rules, and for apparently failing to promptly self-report some of these violations to the FCC despite its agreement to do so under a prior Consent Decree with the FCC’s Enforcement Bureau.

The FCC’s action today advances the agency’s longstanding goals of protecting consumers by ensuring that they know who is attempting to persuade them, and of protecting broadcasters and sponsors from unfair competitors that fail to abide by the FCC’s sponsorship disclosure rules.  When a broadcast licensee fails to disclose the sponsor of paid programming, it might mislead the public into believing that the paid broadcast material is a station’s independently-generated news or editorial content.  In addition, this action advances the Commission’s commitment to ensure that parties fully comply with consent decrees and other FCC orders. 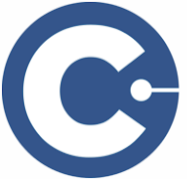 In 2011, a Cumulus subsidiary failed to adequately identify the sponsor of announcements broadcast on its New Hampshire radio station.  As a result, in 2016 Cumulus entered into a Consent Decree with the Enforcement Bureau in which, among other things, Cumulus agreed to pay a civil penalty, enter into a compliance plan, and report any noncompliance with the sponsorship identification rules within 15 calendar days after discovery of such noncompliance.

In today’s action, the FCC finds that in 2017 and 2018, seven of Cumulus’ radio stations apparently failed, in twenty-six instances, to air appropriate sponsorship identifications as required by FCC rules.  In addition, Cumulus waited nearly eight months before reporting certain of these violations to the Bureau, in violation of its commitments in the 2016 Consent Decree.

The proposed action, formally called a Notice of Apparent Liability for Forfeiture, or NAL, contains only allegations that advise a party on how it has apparently violated the law and may set forth a proposed monetary penalty.  The Commission may not impose a greater monetary penalty in this case than the amount proposed in the NAL.  Neither the allegations nor the proposed sanctions in the NAL are final Commission actions.  The party will be given an opportunity to respond, and the Commission will consider the party’s submission of evidence and legal arguments before acting further to resolve the matter.