UPDATE 11:00 am:  According to preliminary Nielsen figures, the 2019 Emmys have gone the way of seemingly all awards shows in declining year on year. Fox’s broadcast posted a 5.7 rating and a 10 share in the overnight metered market ratings, which is down 23% on last year’s Monday night show on NBC and 30% below the preliminary rating for the 2017 ceremony which also aired on a Sunday night on CBS.


Fleabag and Game of Thrones won the Best Comedy and Best Drama at  the 71st Annual Primetime Emmy Awards on Sunday. 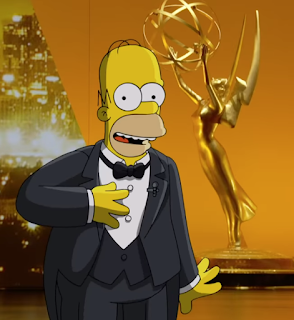 The stars converged at the Microsoft Theater in L.A. for TV’s biggest night. The show went host-free, following Oscars’ lead, but there were still many Hollywood moments.

The party got started with a cartoon Homer Simpson literally doing a face-plant onstage, and Anthony Anderson rushing onto stage and declaring, “We will not let the Empire fall!” as he ran about mock-organizing the show backstage and dinging Game of Thrones with a Starbucks coffee reference. Then Bryan Cranston came onstage to wax philosophical about the current state of TV, declaring “it’s never been better.”

Going in, HBO’s Game of Thrones led the pack, garnering 32 nominations. Next up was Amazon Prime’s The Marvelous Mrs. Maisel, with 20 nominations. All told, HBO snagged an amazing 137 nominations. Netflix nipped at its heels with 117.

Alex Borstein gave an inspiring acceptance speech for Outstanding Supporting Actress in a Comedy Series, thanking the show’s creator Amy Sherman-Palladino, but also her mother and 102-year-old grandmother, a Holocaust survivor who dared to “step out of line” and escape death at her concentration camp. Before she walked onstage, the camera zoomed in on her doing a shot.

A clearly delighted Phoebe Waller-Bridge told the crowd that she was just excited that a “dirty, pervy” woman can win an Emmy for Outstanding Writing.

Jimmy Kimmel and Stephen Colbert joke that “this show sucks” without a host, but they seem to hit a nerve online.

Phoebe Waller-Bridge won the award for Outstanding Lead Actress in a Comedy Series in what many saw as a surprising upset for Julie Louis-Dreyfus, who was accepted to win for her final season of Veep.

The audience seemed to guffaw when Kim Kardashian and Kendall Jenner came onstage and pretended Keeping Up With the Kardashians is 100% “unscripted” and “unfiltered.” Said Kardashian: "Our family knows first-hand how truly compelling television comes from real people just being themselves."

The cast of Game of Thrones reunited onstage to present the award for Supporting Actress in a Limited Series or a Movie. Patricia Arquette graciously accepted the award, then addressed her sister Alexis Arquette’s death. "I just have to say I'm grateful to be working, I'm grateful at 50 to be getting the best parts of my life, and that's great," Arquette said. "But in my heart, I'm so sad. I lost my sister Alexis, and that trans people are still being persecuted, and I'm in mourning every day of my life."

Jharrel Jerome got the audience as excited—on its feet and clapping excited—as he was with his from-the-heart speech, thanking his mother and When They See Us’ creator, Ava DuVernay for his win as lead actor. He also addressed the men the series was about, who DuVernay brought as her guests. “Most importantly, this is for the men that we know as the Exonerated Five. Thank you so much. It’s an honor; it’s a blessing,” Jerome concluded, as the audience rose to their feet and applauded.

While accepting her award as Outstanding Lead Actress in a Limited Series, Michelle Williams thanked her bosses in Fosse/Verde for not only paying her equally, but also listening to her when she made expensive requests and not “presuming to know more” than she did about her own needs. “I see this as an acknowledgement of what is possible when a woman is trusted to discern her own needs, feels safe enough to voice them and respected enough that they’ll be heard,” she said.

John Oliver thanked his dog for “letting us give him belly rubs” and helping to produce “that piece on the Senate filibuster” when he accepted the award for Outstanding Writing for a Variety Series for Last Week Tonight With John Oliver.

Billy Porter gave a humble, emotional speech while accepting the award for Outstanding Lead Actor in a Drama Series, thanking Pose’s creator Ryan Murphy and calling on all actors to change the “molecular structure” of the country through empathetic and thoughtful portrayals.

Jodie Comer won lead actress for Killing Eve, against Sandra Oh, who was considered a front-runner (and co-stars with her in the same show).

Game of Thrones gave a gracious adieu to the series and the Emmys after winning Outstanding Drama Series. 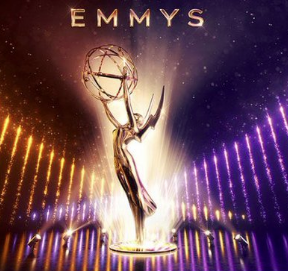 Outstanding Writing for a Drama Series: Succession, "Nobody Is Ever Missing"

Outstanding Directing for a Limited Series or Dramatic Special: Cheronobyl

Outstanding Lead Actor in a Limited Series:Jharrel Jerome, When They See Us