The Bob & Tom Show Heads To The Radio Show In Dallas 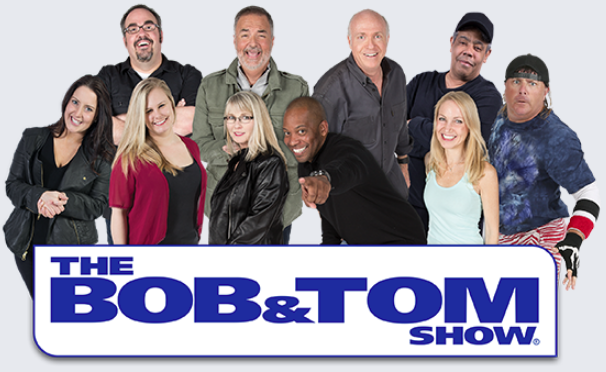 The BOB & TOM Show announces that it will broadcast live from the 2019 Radio Show in Dallas this week, bringing big laughs and celebrity guests that add up to three days of destination performances. 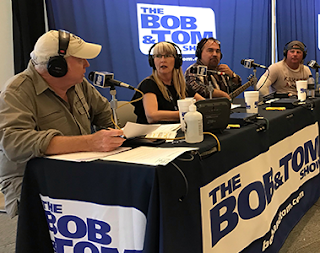 The belly laughs continue on into the evening, as The BOB & TOM Show’s Tom Griswold and Kristi Lee will co-host the Marconi Radio Awards Dinner and Show with Delilah and Rickey Smiley on Thursday night, September 26th, from 6:00pm-9:30pm in the Hilton Anatole Chantilly East Ballroom.

Inducted into the National Radio Hall of Fame, The BOB & TOM Show airs live weekday mornings on more than 100 stations across the U.S. and on the American Forces Network worldwide. The BOB & TOM Show is exclusively distributed by Westwood One.

Tom Griswold, Host, The BOB & TOM Show, said: “After the huge popularity of our live broadcasts at last year’s Radio Show in Orlando, we had to double down in Dallas with an even bigger line-up of guests. We can’t wait to see everyone in the Anatole lobby Wednesday through Friday mornings. There will also be some surprise guests, so stop by every morning. You won’t want to miss it!”