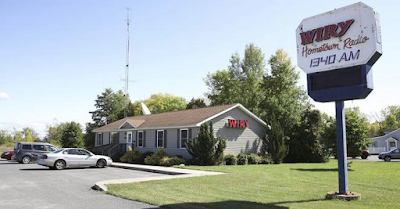 WIRY 1340 AM Plattsburgh, NY is on the verge of getting new ownership, according to The Press-Republican.

The deal is still in the works and the new ownership group is seeking FCC approval.

Santa purchased the station in 1993, which moved in 2011 to Route 9 just south of the City of Plattsburgh.

The AM radio station has been a part of North Country resident's lives for generations, bringing them news, weather and sports, and nostalgic music.

Andrews will assume the role of general manager of the station under the new leadership.

Longtime radio personality Bob Pooler, who retired two years ago after entertaining the North Country for 45 years, has returned to host the morning show.
Posted 2:11:00 AM