Radio Show Opens This Week; CEOs To Give Insights 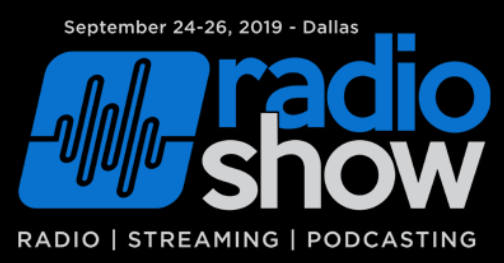 The chief executive officers from the three largest radio broadcast groups–iHeartMedia, Entercom and Cumulus Media–will headline a special session focused on the future of the industry during the Radio Show luncheon program on Wednesday. The Radio Show, held September 24-26 in Dallas, Texas, is produced by the National Association of Broadcasters (NAB) and the Radio Advertising Bureau (RAB).

Mary Berner was named president and CEO of Cumulus Media in 2015, and under her leadership, the company reversed four years of financial and listenership declines. Cumulus Media is a leading audio-first media and entertainment company with over $1 billion of annual revenue, delivering premium audio content to over 250 million people each month. Among other honors and awards, Berner was named one of the 100 most powerful women in entertainment by The Hollywood Reporter. She has also been included on Billboard’s “Women in Music” and “Power 100” lists, along with Radio Ink’s “40 Most Powerful People in Radio” issue for the last four years. Berner was recently recognized as the Radio Company Executive of the Year by industry peers at the 2019 Worldwide Radio Summit.

David Field is president and CEO of Entercom, a leading media and entertainment company and one of the two largest radio broadcasters in the United States. Entercom reaches over 170 million people monthly through its premier collection of award-winning radio stations, digital platforms, and live events across the country’s top 50 markets. Field has received numerous civic and professional awards, including the NAB National Radio Award in 2017 and a “Giants of Broadcasting” award from the Library of American Broadcasting and International Radio & Television Society. He is also a three-time recipient of Institutional Investor Magazine’s “Best CEOs in America.”

Bob Pittman is chairman and CEO of iHeartMedia, a leading media, digital and entertainment company with the largest reach of any broadcaster in the United States and over a quarter billion listeners each month. Pittman has held senior leadership positions at AOL Time Warner; America Online, Inc.; MTV Networks; Six Flags Theme Parks; and Time Warner Enterprises. Among many honors, Pittman was inducted into the Advertising Hall of Fame, the Cable Hall of Fame and the Broadcasting and Cable Hall of Fame.

The Radio Show luncheon program is sponsored by Key Networks.

As previously announced, NRG Media chairman and CEO Mary Quass will receive the National Radio Award during the program and Madison Ryann Ward will perform as part of the BMI Songwriters Spotlight Series.
Posted 8:47:00 AM