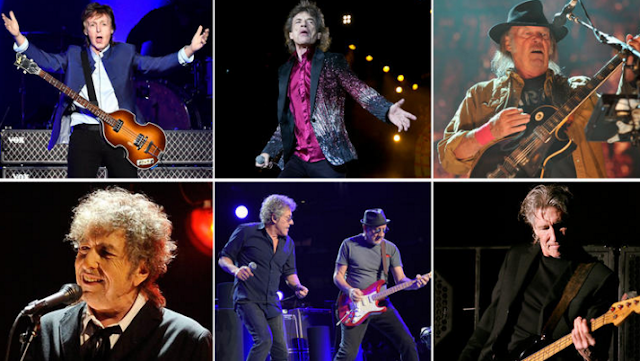 It could rank as the classic rock concert of the century — six bands and performers who revolutionized popular music in the 1960s gathering in the Southern California desert over a single weekend in October.

The company that stages the Coachella Valley Music and Arts Festival is planning a three-night event featuring Bob Dylan, Paul McCartney, the Rolling Stones, the Who, Neil Young and Pink Floyd's Roger Waters — all Rock and Roll Hall of Fame inductees — Oct. 7-9 at the Empire Polo Field in Indio, the LA Times has learned.

The six acts have never shared a billing before, and it also would be the first time that Dylan and ex-Beatle McCartney — representing what are widely considered the two most important rock acts of the 1960s — have played on the same bill, albeit on different nights.

The concert is being organized by Goldenvoice, the Los Angeles-based promoter that is a unit of AEG Live, according to people with knowledge of the plans. They could not speak publicly because negotiations with the performers were being finalized.

“It will be their full stage productions, with full sets,” said one person close to the project. That would be in contrast to most festivals that have bands typically playing abbreviated sets.

Plans are nearly complete, and an official announcement is expected in coming weeks.