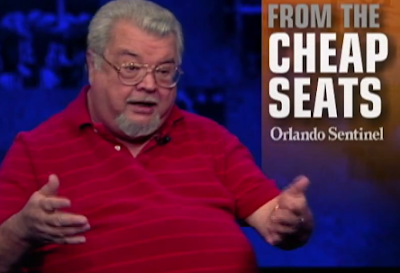 Jerry Greene, who kept Orlando Sentinel readers informed and amused for almost 40 years with his unique sports reporting, died Wednesday. He was 74.

Greene had been in failing health and developed complications last week. He passed away at Florida Hospital in Altamonte Springs. “He died peacefully in his sleep,” said his son, Jason.

Greene’s extended family encompasses generations of players, coaches and readers and radio listeners. They remembered Greene for humor, outlandishness and ability to connect with everyday fans. 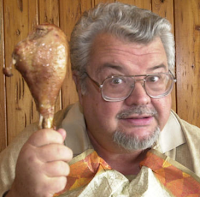 “He was a great guy,” said ESPN analyst Lee Corso, who met Greene when he came to Orlando to coach the USFL’s Renegades in 1985. “I don’t think I ever heard anybody say something bad about Jerry Greene.”

Greene was frequently heard on iHeartMedia's Sports WYGM 740 AM /96.9 FM.

“A big part of his joy in life was the bond he felt and the interaction with the people in this city,” Jason Greene said. “That was a real big part of why journalism was so important to him. He loved hearing what people thought, and the readers meant a lot to him.”

He reached them through the newspaper and radio. But Greene was dispensing wit and opinions long before sports talk became an industry unto itself.

“He was the man with the mustard stain on his shirt by 8 a.m. who saw no reason to change for the rest of the day,” said Marc Daniels, UCF’s radio play-by-play announcer and local sport talk host. “He was the clown who never needed makeup because he was a constant laughfest and didn’t mind if you were laughing at him or with him.”

“I used to tell Jerry that real journalists don’t dress up in bunny suits. Jerry’s jolly reply was, ‘Don’t criticize it until you’ve tried it,” Bianchi said. “I learned a lot from Jerry Greene. He taught me that sportswriting is supposed to be fun and entertaining.
Posted 2:59:00 AM