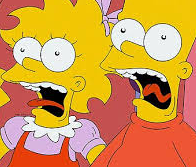 Commercial ratings — the viewing “currency” that determines what advertisers pay for TV time — cratered across broadcast and cable networks, marking the fifth straight month of double-digit declines for the industry.

“It’s clear the downward spiral in TV ratings continues with no end in sight,” media analyst Michael Nathanson wrote in a research note on Friday, according to the NY Post.

Overall prime-time broadcast network ratings were off 12 percent last month compared to a year ago, while cable networks dropped 11 percent, according to his report.

Nathanson looked at so-called C3 ratings, which come in later than traditional ratings. They measure average commercial viewership in shows up to three days after the original air date via DVR playback.

While a couple of networks that carried the Super Bowl and the Olympics last year clearly suffered because of tougher comparisons, almost every channel was hurting.

Looking at total-day C3 ratings, only three networks boosted their audience: HGTV, Discovery and TBS, while TNT, History and Nickelodeon fell the most.