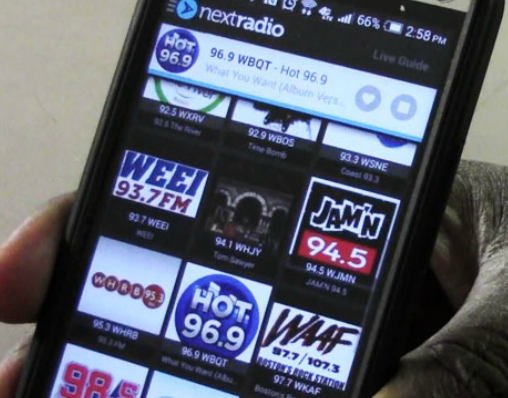 During his second day of Congressional testimony this week, FCC Chairman Tom Wheeler refused to give official support for FM Chips in cellphones.

Wheeler told the House Communications Subcomttee during an oversight hearing he didn't think it was the FCC's place to mandate that cell carriers activate the chips.  He was responding to a questioned from Representative Yvette Clarke (D-N.Y.).  Clarke stated that she wanted her constituents to be able to receive emergency broadcast information during an emergency.

Wheeler suggested that he believed the best approach was to let consumers choose for themselves in the marketplace.  The NAB has argued that unless the cellphones are chipped and activated, cell users don't have the ability to make a choice.

The NAB's Dennis Wharton responded in a statement Thursday saying, "NAB and broadcasters are NOT seeking a government mandate; we merely seek the FCC's help in using its influence in enabling a technology that can save lives in emergency situations." The statement from Wharton references FEMA head Craig Fugate.

Craig Fugate strongly backs the idea of activated FM chips in cellphones. Fugate notes that cellphones often become "a brick" in a lifeline situation because of capacity constraints and the inferior one-to-one transmission architecture of cellphone networks.

Referencing the Washington, DC earthquake and Hurricane Sandy a few years ago, Fugate note that "When cellphone systems went down or data was overloaded, you just couldn't get information."

By contrast, Fugate noted that local radio's "one-to-everyone" transmission architecture remains reliable in emergency situations. Having activated radio chips in a cellphones can be a critical lifeline source. "It would be another way to ensure that when all else fails, you get information from the broadcasters. "The most important information is going to come from your local broadcasters" in a lifeline situation, Fugate noted.