..To everything, there is a season..and that goes for radio too. 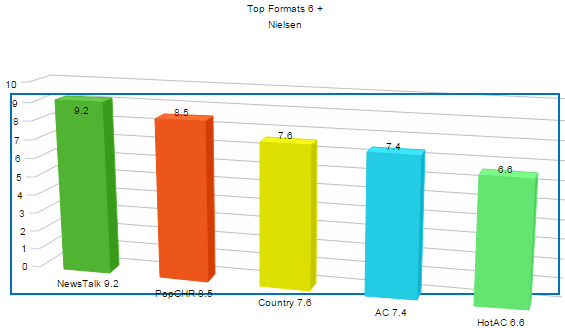 While “deflate-gate” ruled the headlines last month and pushed the All Sports format to new highs, tune-in fell back earth in February. And while the onslaught of winter weather spiked January listenership among the News/Talk and All News formats in January, particularly in Northeast markets, February listening to these formats remained robust.

According to figures release by Nielsen, Sports radio as a whole fell a full share point to 4.1% among audiences 6 and older as the NFL season moved into the rearview mirror. Meanwhile on the news front, both News/Talk (9.2% in February, up from 9.0% the month prior) and All News (3.0%, flat from January) remained at high levels as the winter-that-wouldn’t leave continues to linger. 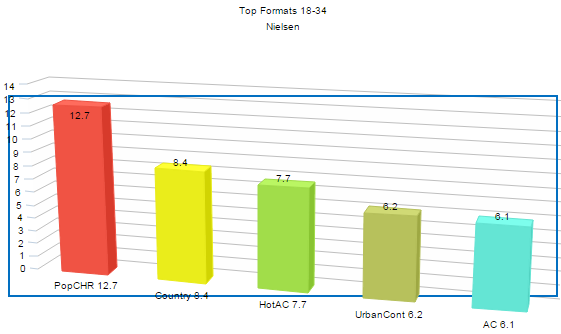 On the music dial, Pop Contemporary Hit Radio (CHR) is consistently one of America’s most listened-to formats. As such, it rarely warrants deep analysis given it’s month-in and month-out listenership. CHR usually ranks No. 1 among listeners aged 18-34 and 25-54 across PPM markets, and did so again in February. What stood out to Nielsen  in February, however, was the growth since the holiday book. Specifically, the format added nearly a full share-point (7.6% to 8.5% among listeners 6+) in the past two months and tied its all-time best share among 25-54 year-olds—9.2%, a percent last seen in in February and June of 2014.

Rock radio also had something to write home about in February. Classic Rock set a new all-time high with a 5.1% share among audiences 6+. The format also broke records for 18-34 share (4.4%) and matched the record for listeners 25-54 (5.6%), which was first set in July of 2014. The format has seen steady growth among 18-34 year-old listeners over the past year, and is now consistently the second-most popular rock format with that audience behind Alternative, which also had a good February. Alternative tied its own all-time best mark for audiences 6+ (3.0%). This is worth noting because the format hasn’t been at this level in four years. February 2011 was the last time Alternative hit a 3-share. 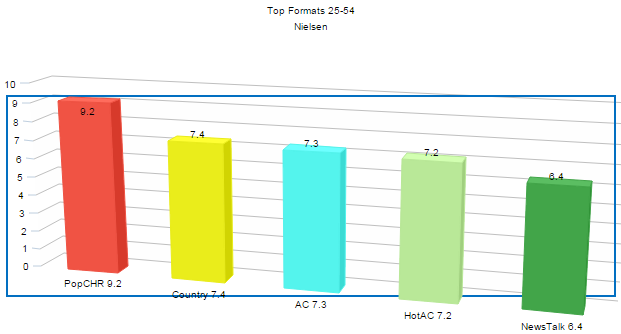 And finally, Nielsen's monthly check-in on Country reveals another mixed bag for a format that has been in the headlines as it looks to recapture the explosive growth of the last two years. Overall, February 2015 was a generally flat month for America’s No. 1 format, trending up just slightly 7.5%-7.6% among listeners aged 6 and older from January, down 8.6%-8.4% among 18-34 year-old audiences, and 7.5%-7.4% among 25-to-54 year-olds. As reported last month, the main storyline with Country is listening among the 18-34 demo, which peaked last summer before starting a steady decline. February’s 8.4% is the lowest non-holiday-book 18-34 result for the format since December of 2012.

The table below trends the PPM-market results for more than a dozen major formats among audiences 6 and older since the Holiday 2014 book. Four formats (Hot AC, Classic Rock, Urban Contemporary and Alternative) all set or tied records for their best results in PPM measurement this month, as noted by the (*) symbol.