Vancouver broadcaster Fred Latremouille, whose affable voice was the first thing thousands of people woke up to every morning for years, has died.

He was 69, according to The Canadian Press.

Latremouille was a fixture on the city's radio scene from the 1980s to 2007 as he moved to various stations in the city.

After retiring, Latremouille spent time in Hawaii and then settled in Scotsdale, Ariz., where he died at his home after a brief illness.

Latremouille began his career in radio as a teenager before he even graduated high school, and he went on to work in television as an actor and weatherman whose humour was his hallmark.

He is a member of the Canadian Broadcasters Hall of Fame.

In the mid-1980s, Latremouille made a name for himself on the morning show at CFUN, where he teamed up with co-host Cathy Baldazzi, who would later become his wife. 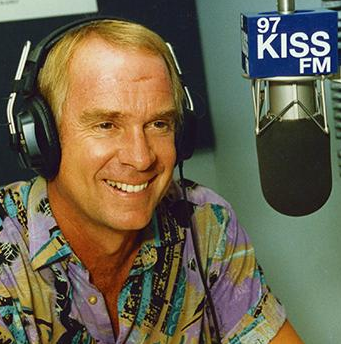 The pair then took their Latremornings show to KISS FM in Vancouver as legions of fans of the duo, who were known for their wit and laid-back style, followed them to their new home on the dial.

Cathy Latremouille said her husband’s talent, his amazing way of finding humour in anything and his ability to connect with his audience gave him staying power for five decades.

“Fred and I met on the radio and enjoyed 35 years together as a team both on and off the air,” she said in a statement.

In 2006, after six years of living part-time in Hawaii, the couple returned to the airwaves, again on a morning show, but this time on Clear-FM, where they worked for a year before retiring.

Latremouille was also known for his charity work, including the annual Christmas Wish Breakfast, which had the couple broadcasting from a hotel where listeners dropped off gifts for needy kids.

Latremouille reflects back on his early days in radio and some of the musicians who he was able to connect with. This excerpt was taken from the television program Conversation filmed in 1990. The interviewer was Joe Leary. The show was directed and produced by John Richardson.
Posted 3:00:00 AM