NBC Makes It Official: Lack Is Back 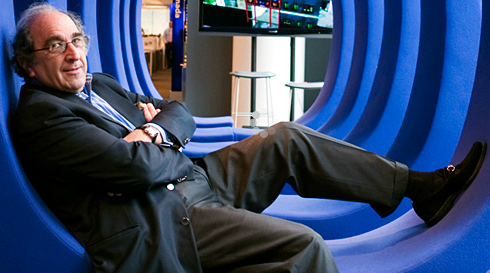 Andrew Lack has been named chairman of NBC News and MSNBC. The announcement came via a staff memo sent out on Friday morning from NBCUniversal CEO Steve Burke, according to The Hollywood Reporter.

Lack will replace Pat Fili-Krushel, who will move into a corporate role on Burke's executive team.

Throughout the negotiations, Lack has had important advocates inside NBC News, where he was president from 1993-2001, and has maintained friendships with the network's top talent including Tom Brokaw and Matt Lauer, say sources. Lack also has a close relationship with exiled Nightly News anchor Brian Williams. And many at NBC News expect Lack to make rehabilitating Williams a top priority, though it's unclear what that would look like.

The arrival of Mr. Lack, who was president of NBC News from 1993 until 2001, represents the largest step in a broad restructuring of the news operation.

Mark Feldstein, a journalism professor at the University of Maryland, told The NY Times that the management changes at NBC followed the typical playbook for media organizations engulfed in scandals.

“You bring in a seasoned veteran to stabilize the ship, and that is what Andy Lack is,” Mr. Feldstein said. “They realize that the problem was deeper than just one anchor monster.”

“I wouldn’t expect revolutionary change from Lack,” Mr. Feldstein added. Noting that Mr. Lack was 67, he said, “This is probably a short-term fix.”
Posted 5:59:00 AM