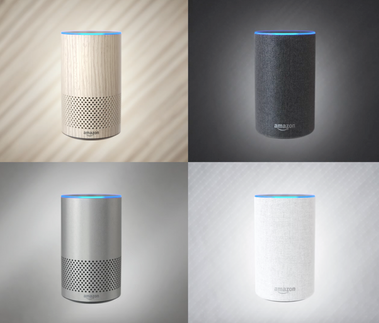 Amazon already provides some 2 million songs free, but without ads to Echo owners who also pay $119 yearly to subscribe to Prime.A more full-featured ad-free music offering, Amazon Music Unlimited, is available for $9.99 monthly, or $7.99 monthly for Prime members. Amazon says it has access to around 50 million songs.

The new free service has limitations, more akin to online radio station Pandora than Apple Music in that customers can't request a specific on-demand song. Instead, the request will lead to a music station "based" on that song, or a pre-existing Amazon playlist.

“Customers now have access to play a station based on a song, artist, era, and genre, and to hear some of Amazon Music’s top global playlists including Country Heat, Fuego Latino, Pop Culture, and more," Amazon said in a statement.

Spotify has nearly 100 million subscribers globally to 56 million from No. 2 Apple Music. Apple offers free trials of its service but doesn't offer a free tier for listening to music with ads, beyond genre radio stations.

Amazon has said it has 100 million subscribers to the Prime service.

Some suggested music requests, per Amazon on its company blog:

It will compete with existing free services from Spotify Technology and Sirius XM-owned Pandora.

Google announced a similar service on Thursday. Owners of Google Home speakers can sign up for a free, ad-supported version of the YouTube Music streaming product. Users can request playlists and stations to stream different types of music to suit different moods and situations. 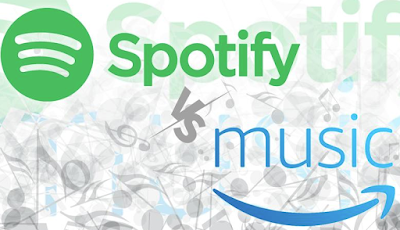 “I don’t see this changing anything major in the music ecosystem,” analyst Russ Crupnick of MusicWatch told Variety. “It will probably have little impact on the established players — Spotify has incredible loyalty with its listeners and I don’t see people marching off to Amazon because it’s going to have a free tier. Amazon has a much more casual audience — it’s large, but they spend much fewer hours [on the platform] and are generally less engaged with music.

“However,” he notes, “it may bite into Spotify’s advertising, if not its audience. This clearly fits in with Amazon’s larger advertising plan: It’s not hard to imagine, after a consumer asks Alexa to play a song, the voice then saying, ‘After you’re done listening to the song, check out this product, available now on Amazon…’.”
Posted 2:17:00 AM