Opinion: Radio's Freshness Date Expired With Those Under-25 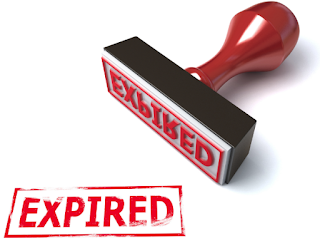 iHeartMedia is about to file an IPO that's meant to pay down its massive debt but could show what the future of music radio in the United States is going to be. The company, which is the largest station group in the country with 848 stations, filed paperwork earlier in the month for the potential offering.

iHeartMedia has been in bankruptcy for the last year and has managed to cut its massive debt of $21 billion down by about a third. The proceeds from an IPO would go a long way to trimming that down even further and allow the company to exit bankruptcy later in the year.

There's more to this than just the financials, however, according to Forbes contributing writer Bobby Owsinski.  He writes radio, especially music radio, is changing fast and what happens here might give us a sense of what the future might bring to both.

According to Owsinski, if you look at the numbers in various reports and surveys, radio listenership is stronger than ever. Despite giant inroads made by streaming, radio is still the most consumed audio source in the car and there are a host of other metrics that seem to indicate that radio is still popular and growing. There's a chink in the data armor though. The number of listeners below the age of 25 is decreasing rapidly, as radio becomes unimportant for music consumption to them.

Radio used to be the primary driver of new music. Listeners discovered new artists from the radio, and program directors, even in small markets, had the ability to "break" a song that was relatively unknown by the rest of the country.

Those days are now long gone, as music radio has become a reactive medium, with program directors now relying more on streaming charts from Spotify or Apple Music than their own tastes. As a result, the hits that are added to radio playlists are often past their freshness date. Gen-Z listeners have already moved on to something newer and radio has lost any chance of getting them as a result.

Record labels still view radio as important though - not so much for breaking an artist but for taking what already has traction to the next level. Radio may not deliver the prime music lovers, but it does deliver casual music consumers, which is a bigger market but tougher to crack, according to Owsinski.