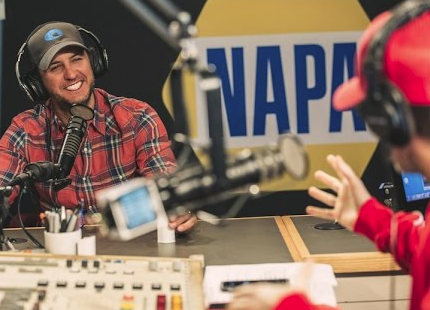 “Good Morning America”’s Robin Roberts and ESPN’s Rece Davis, Kirk Herbstreit and the entire College GameDay Built by The Home Depot eight-time Emmy® Award-winning crew will headline night one of ABC’s coverage of the NFL Draft. Davis and Herbstreit will be joined by analysts Lee Corso, Desmond Howard and David Pollack, and reporter Tom Rinaldi on both prime-time telecasts. Along with Roberts, the “2019 NFL Draft on ABC” will also feature ESPN’s Jesse Palmer and Maria Taylor, and a number of special guests.

Bryan will join the GameDay hosts on night one, while Bones will serve as roving reporter from the streets of Nashville on both nights, sharing the enthusiasm of the city, fans’ passion and provide a behind-the-scenes look of the NFL Draft for viewers at home. As previously announced, Kansas City Chiefs star quarterback and 2018 NFL MVP Patrick Mahomes also will be a special guest with Roberts before Round 1 of the NFL Draft kicks off.

The NFL Draft will be a reunion for Bryan and College GameDay, as Bryan served as the show’s guest picker during the show’s 2018 season-opening episode on Saturday, Sept. 1.

ABC will provide differentiated coverage for Rounds 1-3 in prime time that focuses on the journey of the NFL Draft prospects, as viewers go up close and personal to understand the part their families play in their success and the hard work involved in attempting to become an NFL Draft selection. In addition, ABC broadcasts will center on the energy and excitement of the complete event, as coverage will include celebrity appearances and other nods to the host city of Nashville.