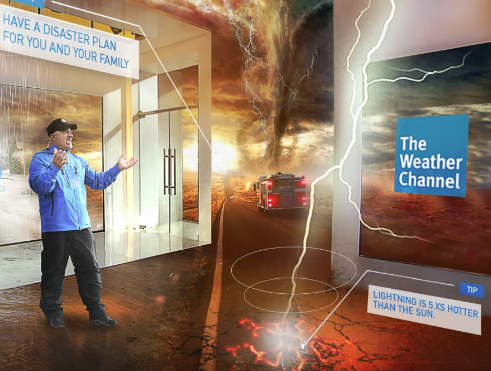 The Weather Channel is blaming a “malicious software attack" for an incident that disrupted its live broadcast on Thursday.

“The Weather Channel, sadly, has been the victim of a malicious software attack today,” Weather Channel anchor Jim Cantore said when live programming was restored.

"Yes, and it has affected our ability to bring you your weather information," anchor Stephanie Abrams said. "So we just wanted to say thank you again for your patience and we want to get right to today's severe weather."

In a statement, the Weather Channel said federal law enforcement officials are conducting an investigation.

“We experienced issues with this morning’s live broadcast following a malicious software attack on the network. We were able to restore live programming quickly through backup mechanisms,” The Weather Channel said. “Federal law enforcement is actively investigating the issue. We apologize for any inconvenience to viewers as we work to resolve the matter."

The outage comes on a day where severe thunderstorms are working their way through Louisiana, Mississippi and Alamaba, knocking out power to over 100,000 people.
Posted 1:20:00 AM