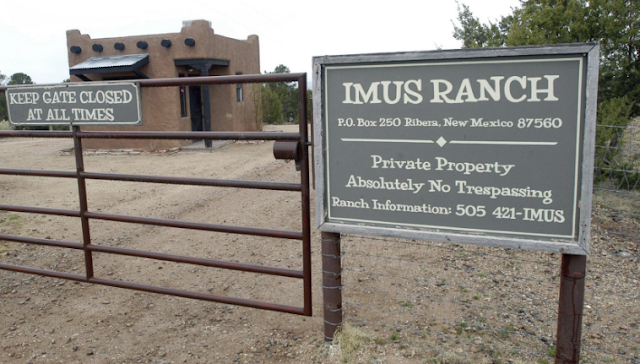 A northern New Mexico ranch once owned by radio talk show host Don Imus will be used by Rural Media Group as a television production base for The Cowboy Channel and RFD-TV.

TAccording to The Associated Press, the New Mexico Film Office made the announcement last week, saying the state could get exposure because the company's programming is distributed to more than 92 million homes worldwide.

"We are very happy that Rural Media Group sees our landscape, culture and vibrant film industry as an inspirational home for their unique programming worldwide," said Nick Maniatis, head of the state film office.

The property includes a 10-bedroom hacienda with a Western-style town. While the purchase price was never disclosed, the ranch was last listed at $19 million.

Productions that will be produced in New Mexico include "Best of America by Horseback," ''Debbie Duning's Dude Ranch Round-Up" and "Gentle Giants." Production work will begin in the spring.

Gottsch, founder and president of Rural Media Group, said the ranch is set up perfectly for producing a variety of new programs and television series. He pointed to the existing Western town, indoor and outdoor arenas, and miles of trails on the property, which spans 5 square miles (14 square kilometers).
Posted 2:01:00 AM