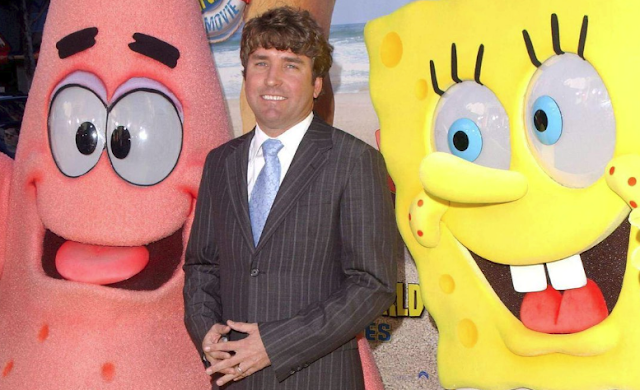 Stephen Hillenburg, a former marine biology teacher who created a children’s show that ballooned into an unlikely cultural phenomenon, “SpongeBob SquarePants,” died on Monday at his home in Southern California.

He was 57, reports The NYTimes.

Mr. Hillenburg announced last year that he had amyotrophic lateral sclerosis, the neurodegenerative condition known as Lou Gehrig’s disease. Nickelodeon, the channel that has been the show’s home since its premiere in May 1999, announced his death.

“Steve imbued ‘SpongeBob SquarePants’ with a unique sense of humor and innocence that has brought joy to generations of kids and families everywhere,” the network said in its statement. “His utterly original characters and the world of Bikini Bottom will long stand as a reminder of the value of optimism, friendship and the limitless power of imagination.”

Bikini Bottom is the underwater home of the show’s title character, a good-natured yellow kitchen sponge, or sea creature, or both, who works as a fry cook, has a pet snail and lives in a pineapple.

With its frenetic 11-minute episodes (two per show), “SpongeBob” proved irresistible to the 12-and-under crowd, and eventually to many much older fans as well.


Stephen McDannell Hillenburg was born on Aug. 21, 1961, at Fort Sill in Lawton, Okla., where his father, Kelly, was based. His mother, Nancy (Dufour) Hillenburg, taught visually impaired students.

Mr. Hillenburg graduated from Humboldt State University in California in 1984 with a bachelor’s degree in natural resource planning and interpretation, with an emphasis on marine resources. He then taught marine biology at the Orange County Marine Institute (now the Ocean Institute) in Dana Point, Calif.

From 1993 to 1996 he was a writer and director on the Nickelodeon series “Rocko’s Modern Life,” where he worked with a number of people who would help him develop “SpongeBob,” including Tom Kenny, who provides the voice of the title character.
Posted 2:03:00 AM