Braves telecasts on the Fox Sports regional networks will include Chip Caray, returning for his 16th season as play-by-play announcer. Additionally, analyst and Hall of Famer Tom Glavine will have an increased presence on the networks.

The Braves Radio Network, the largest sports radio network in baseball, will feature a four-man rotation with the addition of Braves Hall of Famer Joe Simpson and Ben Ingram. Simpson and Ingram will join Hall of Famer Don Sutton and Jim Powell in different combinations throughout the season. 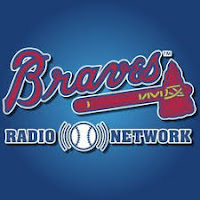 In addition to his new radio duties, Simpson will also continue as an analyst with Fox Sports for select telecasts, while Ingram will continue his pre- and post-game shows when not in the booth.

“With Chip, Jeff, Tom and Joe calling the games, fans can look forward to an entertaining and informative 2019 season of Braves baseball on the Fox Sports regional networks,” Jeff Genthner, senior vice president and general manager of Fox Sports South and Fox Sports Southeast said in a press release.

“We are excited that Joe is returning to his roots and doing both radio and TV,” said Derek Schiller, Braves president and CEO. “We think we have the most talented TV and radio broadcast lineups in baseball, and we look forward to watching and listening to the new combinations beginning in the spring.”
Posted 2:33:00 AM