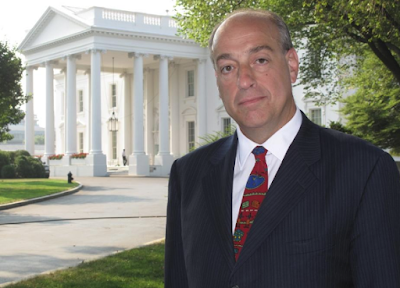 Kenyon has more than 25 years of broadcast news experience. She has served as a Capitol Hill Correspondent, White House Correspondent, Anchor, and General Assignment Reporter, Writer and Editor at three national news networks, including the Associated Press and Salem Radio. Linda has covered four presidential administrations and several election cycles including political conventions and inaugurations. In addition, she has served as a member of the Executive Committee of Correspondents on Capitol Hill. She holds a Master of Science degree in Journalism and a Bachelor of Arts degree in Psychology.

One of Westwood One News’ original correspondents, Costantini has been covering Capitol Hill and other beats since joining the network in 2015. His career includes reporting for Fox News Channel, Tribune Television, NBC News Radio, and CNN Radio.  He has covered the White House, Supreme Court, and the political game.  Bob was in the Roosevelt Room at the White House when President Clinton made his famous finger-wagging denial about Monica Lewinsky.

Westwood One News, launched in January 2015, was created to offer radio stations greater flexibility and local branding opportunities, enabling them to integrate network news into their local operation. In addition to almost 900 broadcast radio stations, Westwood One News can also be heard anywhere in the U.S. on Bloomberg Radio and the SiriusXM POTUS and Progress channels.
Posted 3:29:00 AM