He will continue to report to Tom Poleman, Chief Programming Officer for iHeartMedia, and Brad Hardin, Executive Vice President and General Manager of the iHeartMedia National Programming Group. 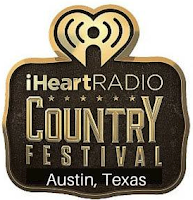 In his new role, Phillips will continue to lead the Nashville-based iHeartCountry team in overseeing iHeartMedia’s Country formats, and further extend the company’s Country brands across multiple platforms including broadcast, digital, social and live events. He will continue to guide and develop the company’s roster of Country programmers and on-air talent, as well as book artists and produce events for iHeartMedia including the nationally-recognized iHeartCountry Music Festival. He will also continue to head up iHeartCountry’s music discovery and emerging artist initiatives, including the Artist Integration Program and the On the Verge program, which has played a key role in breaking artists like Granger Smith, Maren Morris, Luke Combs, Lauren Alaina, Devin Dawson, Carly Pearce and Morgan Evans.

In addition, under Phillips’ leadership, iHeartCountry recently launched “Women of iHeartCountry,” an hour-long, weekend program devoted exclusively to female artists. Executive produced and hosted by Bobby Bones, along with co-host Amy Brown, the show features music from both established female artists and promising up-and-comers, and includes weekly guest appearances by other iHeartMedia female on-air personalities. Listeners can tune in to the show on 125 iHeartCountry stations nationwide as well as on the iHeartRadio app.

“Rod has done an amazing job leading our iHeartCountry brand, which reaches millions of Country music fans across America each month,” said Tom Poleman. “He’s been the key force in our continued success in the format and our continued position as the largest and most well-respected Country broadcast network in the U.S. We’re excited that he’ll be taking an even larger role here to help further guide our Country programming in over 150 markets.” 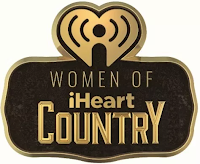 Phillips has led the iHeartCountry team since August 2015 and has more than 25 years’ programming experience. He previously served as iHeartMedia’s Senior Vice President of Programming for the Southeast Region, Program Director and on-air personality for KISS 103.5 in Chicago, and Operations Manager for iHeartMedia’s Miami/Ft. Lauderdale market. In 2011, Phillips helped develop “The Bobby Bones Show,” the top-rated nationally-syndicated Country music morning show, working closely with Bones to expand the show’s original format and moving “The Bobby Bones Show” from Austin to Nashville for its successful transition into Country radio in February 2013. He is a graduate of the University of Kentucky.

“As Country music continues to increase in popularity with audiences across America, iHeartMedia has more Country brands than ever before and our station ratings are on the rise,” said Phillips. “I couldn’t be more excited to continue to lead the iHeartCountry brand based here in Nashville.”
Posted 11:01:00 AM