Most Americans Continue To Get News On Social Media 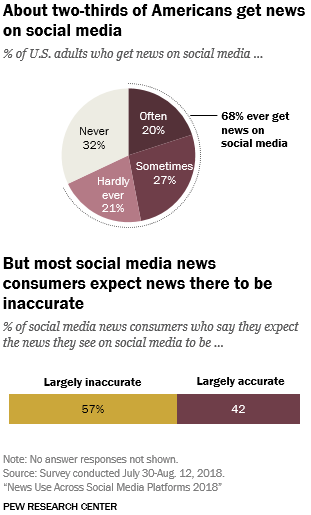 About two-thirds of American adults (68%) say they at least occasionally get news on social media, about the same share as at this time in 2017, according to a new Pew Research Center survey. Many of these consumers, however, are skeptical of the information they see there: A majority (57%) say they expect the news they see on social media to be largely inaccurate. Still, most social media news consumers say getting news this way has made little difference in their understanding of current events, and more say it has helped than confused them (36% compared with 15%).

Asked what they like about the news experience on social media, more Americans mention ease of use than content. “Convenience” is by far the most commonly mentioned benefit, (21%), while 8% say they most enjoy the interactions with other people. Fewer social media news consumers say they most like the diversity of the sources available (3%), or the ability to tailor the content they see (2%).

This study is based on a survey conducted July 30-Aug. 12, 2018, among 4,581 U.S. adults who are members of Pew Research Center’s nationally representative American Trends Panel. 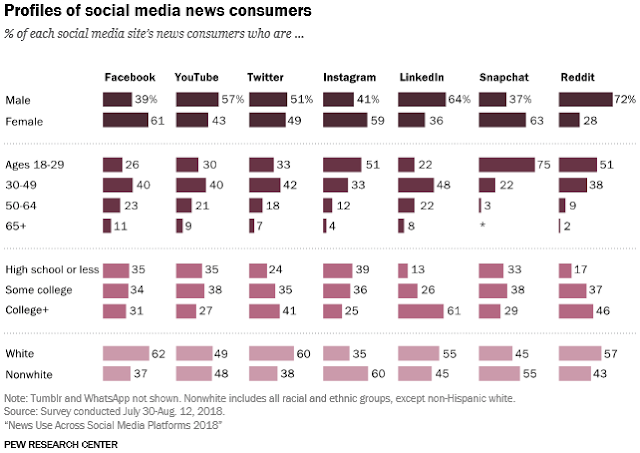