CMT To Honor Only Women At Artists Of the Year Show 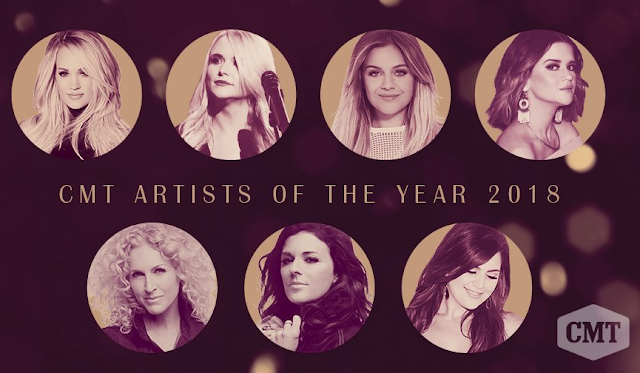 For the first time ever, the CMT Artists of the Year gala and concert will celebrate the biggest voices of country music’s past, present and future, and those dynamic and influential performers are women.

CMT will premiere a night of all-star musical tributes celebrating their ongoing list of musical contributions and achievements in a 90-minute concert special airing live from Nashville on Oct. 17 at 8 p.m. ET.

This marks Underwood’s fourth CMT Artists of the Year honor and Lambert’s third. Ballerini was an honoree in 2016, while Fairchild and Schlapman were lauded the previous year with Little Big Town. Morris is a first-time honoree.

As in past years, the invitation-only event will feature surprise musical pairings and guests that will be announced at a later date. This is also one of the only televised events in the genre that honors female singers in groups who have been the fabric of mainstream country music within the last decade.

“This year, we’re evolving the special to reflect what’s happening right now in culture and in the lives of our fans,” said Leslie Fram, CMT’s Senior Vice President of Music & Talent. “In this monumental year for women, dedicating one of the biggest nights in the genre to applaud female country artists not only solidifies our commitment, but we hope will spark a much-needed change in the industry.”

Additionally, on Oct. 17 CMT will stage an all-female artist takeover across its platforms, including music hours on CMT, the 24-7 digital channel CMT Music and CMT Radio’s widely-syndicated shows CMT Radio LIVE and CMT After Midnite to encourage and inspire increased female airplay on show day.
Posted 3:31:00 AM