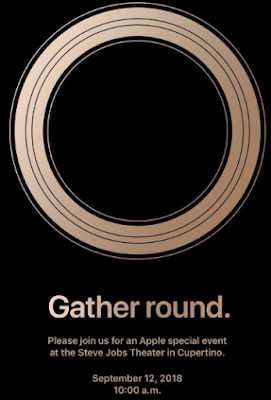 After weeks of speculation, Apple has finally sent out invitations for its annual iPhone event on Wednesday. The invitation for the event at Apple’s new campus in Cupertino features a golden circle along with the tagline “gather round”, which could either be a reference to the company’s new circular headquarter or tease a new product/feature.

According to Felix Richter at Statita, Apple is expected to unveil three new iPhone models this year, all of which are rumored to mimic the design of last year’s iPhone X, i.e. little to no bezels around the screen and a little notch on the front to house the front-facing camera and Face ID sensors. Several other Apple products are also rumored to be updated at the event, with a new Apple Watch seeming like the safest bet to make an appearance. 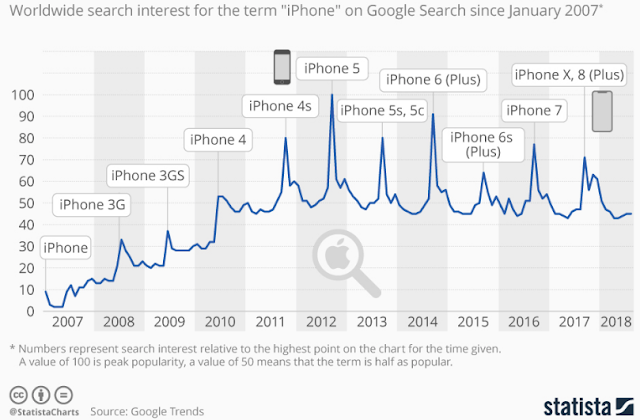 While Apple’s iPhone announcements are still preceded by months of rumors, alleged leaks and endless speculation, Google Trends data suggests that the events themselves no longer create as much buzz as they used to. Looking at global search interest for the term “iPhone” shows that last year’s announcement of the iPhone X for example sparked 30 percent fewer Google searches than the presentation of the iPhone 5 did in 2012.
Posted 3:05:00 AM