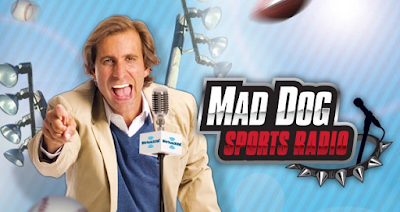 "I am proud of what Mad Dog Sports Radio has become and continue to believe this is the best place in all of radio," said Russo.  "After 30 years of broadcasting, my excitement to come to work every day and talk sports with all of America is as strong as ever due to the freedom SiriusXM provides.  So stay tuned, America.  There's plenty of bark left in the Doggie!"

"Mad Dog Sports Radio is simply the best all-sports talk radio channel in the country.  Chris helped develop the channel eight years ago and remains one of the most compelling and respected voices in all of sports media," said Scott Greenstein, SiriusXM's President and Chief Content Officer.  "He is truly a one-of-a-kind talent, a sports radio legend, and we're very pleased to have him on SiriusXM for years to come."

The daily weekday lineup on Mad Dog Sports Radio features some of the best voices in sports talk radio:
Mad Dog Unleashed showcases Russo's no-holds-barred approach to talking sports and the distinctive delivery that earned him the nickname "Mad Dog."  Russo interviews many of the biggest names in sports and broadcasts live from high profile events on the sports calendar, including the Super Bowl, World Series, U.S. Open tennis tournament and more.

Russo is widely credited for having helped popularize the sports talk format across the country.  He joined SiriusXM in 2008 after nearly 20 years in New York hosting the popular Mike and the Mad Dog show.
Posted 10:55:00 AM