'Goodbye' To Opie And Jim Norton 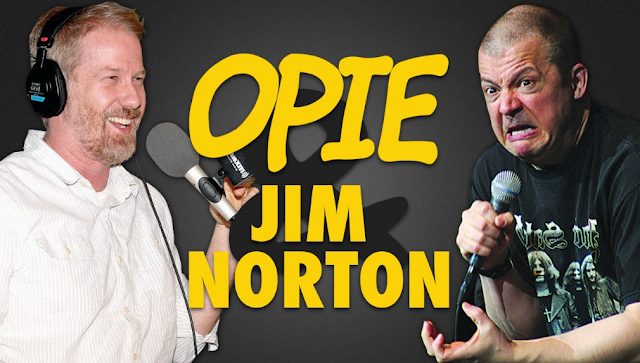 This past weekend on Twitter, Gregg “Opie” Hughes, current host of Opie with Jim Norton and one half of former radio show The Opie and Anthony Show, sent out some cryptic tweets that seem to indicate that the show had broadcast its last episode without so much as a goodbye.

“Silly Matt, I don’t do that show anymore,” Opie tweeted in response to a fan, referring to the show he has hosted with Norton ever since Anthony Cumia was fired from SiriusXM in 2014.


Not retiring. Have a couple possibilities that I'm mulling over. I love that I got to use the word "mulling" https://t.co/e6sUKz2bdT
— opie radio (@OpieRadio) September 28, 2016


According to interrobang.com, there has been rampant speculation for some time now that the show would end in October when its hosts contracts were up, and widespread rumors that Opie and co-host Jim Norton suffer from irreconcilable differences have only helped to fuel that fire. That the two don’t see eye to eye isn’t necessarily a sign that the show is doomed — Opie and Anthony managed to make their show work for years despite the fact that they didn’t get along — but it certainly doesn’t bode well for the show’s future. If the rumors are true, and Opie and Norton are parting ways so unceremoniously after 15 years on the radio together, then that’s a grim sign of just how bad things have gotten behind the scenes.