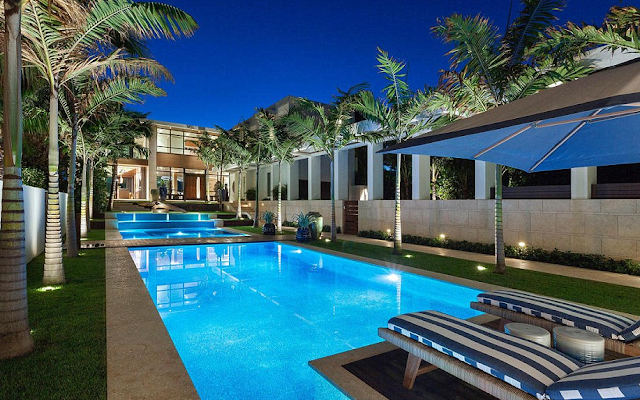 Former Fox News Network founder Roger Ailes is the secret buyer of a house in the swanky town of Palm Beach, Florida, bought earlier this month for $36million, DailyMail.com has learned.

And the breathtaking modern-style beachfront house could become a way for Ailes to shield a part of his personal fortune from future sexual harassment lawsuits like those already brought by at least two former Fox News anchorwomen, Gretchen Carlson and Andrea Tantaros.

In Florida, courts cannot force the sale of someone's home to pay off judgments, and troubled tycoons have routinely used the state's law to invest in real estate.

The six-bedroom, ten-bathroom house was finished in late 2015 and boasts an interior designed by the high-profile Florida-based Marc-Michaels Interior Design.

It offers 12,700-square-feet of sheer luxury with sweeping views on the ocean and the property's private beach from the dozens of large windows. 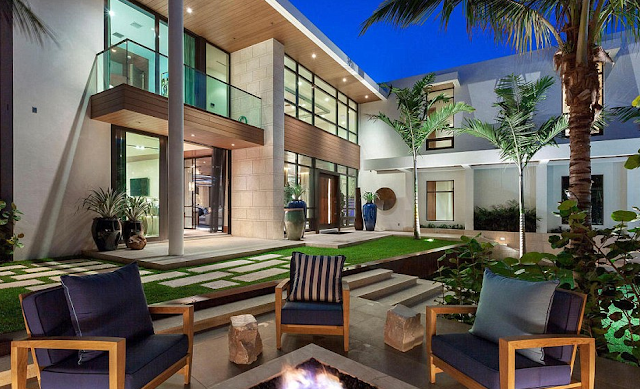 Ailes' new purchase, which closed on September 19, was made in the name of a trust from City National Bank of Florida. Neither Ailes nor his wife Elizabeth figures are in official records.
The trustee is Palm Beach County estate lawyer Ron Kochman, who declined comment before hanging up the phone without waiting for follow-up questions.
.
The founding CEO of the conservative-leaning Fox in 1996, Ailes was forced to resign in July and reportedly offered a $40 million-golden parachute.