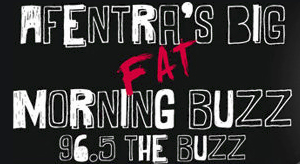 Afrentra Bandokoudis, the former co-host of “Afentra’s Big Fat Morning Buzz” on Alternative Rock KRBZ 96.5 FM, has sued the station’s parent company alleging discrimination and retaliation after her dismissal in 2018.

Kansascity.com reports Bandokoudis is suing Entercom Kansas City LLC accusing the company of paying male on-air personalities like Johnny Dare and Scott Geiger, better known as Lazlo, much more than her despite her morning show “consistently outperforming” that of her male counterparts.

The lawsuit said Bandokoudis made a base salary of $100,000 while John Caprefoli, who hosts a morning show under the name Johnny Dare on another local Entercom station, KQRC-FM, made “considerable higher” than the $185,000 paid to Geiger. Both men also received monthly endorsement rates and special bonuses like Entercom stock, the lawsuit said. 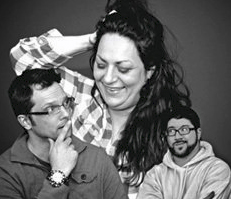 Bandokoudis started at KRBZ, referred to as The Buzz, in 2002 until her termination in August 2018, except for a two-year stint at a Seattle radio station from 2007-2009, according to the lawsuit.

She married Geiger, to whom she reported to at KRBZ and who hosts an afternoon program for the station called “The Church of Lazlo,” in 2005. The couple filed for divorce in 2017, which was finalized the following year shortly before Bandokoudis left KRBZ, court records in Johnson County show.

Bandokoudis in 2015 told Geiger of the discriminatory practices she believed were going on at Entercom, which included having a smaller budget than Johnny Dare’s morning show, as well as his show receiving preference for booking on-air guests, such as comedy acts appearing in Kansas City, according to the lawsuit.

Bandokoudis drafted a letter that she considered sending to Entercom detailing her complaints of harassment and discrimination. Geiger learned about the letter — he “berated” Bandokoudis over it, the lawsuit said — and told management about its contents.

From that point, Bandokoudis alleges, Entercom largely ignored her complaints.

Bandokoudis’ lawsuit claims she was fired because of her sex and in retaliation for making complaints to Entercom. She is seeking back pay, lost wages and liquidated damages from Entercom.
Posted 2:38:00 AM